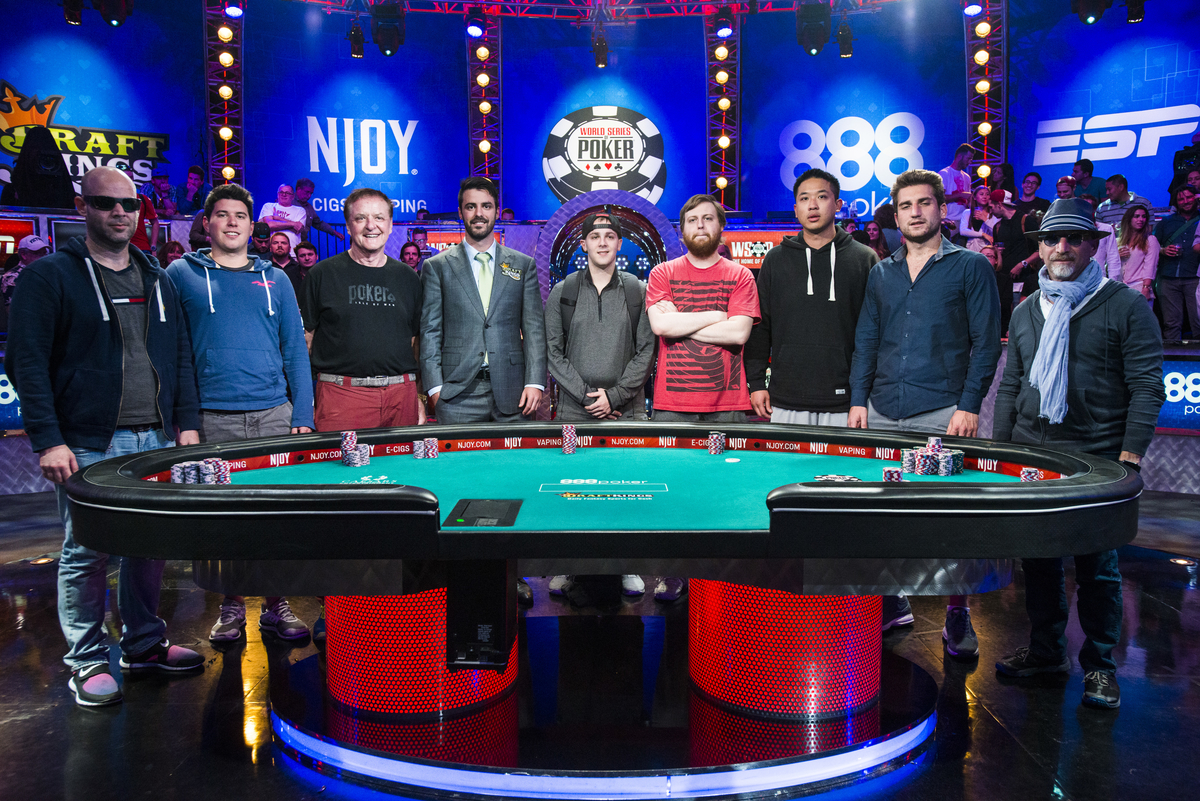 The World Series of Poker (WSOP) is a hot topic in sporting news right now because of the newly formed group of nine finalists in the $10,000 buy-in Main Event, who are collectively known as the November Nine. For those who are not familiar with the WSOP, it is the largest, richest, and most prestigious poker event in the world. More than $2 billion in prize money has been awarded through this year’s Series, and the prestigious gold bracelet is recognized globally as the top prize in the sport of poker.

The WSOP Main Event, which is the last event of the Series and also the most prestigious, attracts poker professionals, celebrities, and amateur players alike from every corner of the globe; it is the ultimate roller coaster ride of these players’ poker lives. As many as 6,500 (and sometimes more) players are attracted to this tournament every year to compete for the title of World Champion as well as a piece of the multi-million dollar prize pool.

As mentioned, the November Nine is the group of players who will compete at the final table of the WSOP Main Event in November after taking a several-month break since the 10th place finisher was eliminated in July. The Main Event of the WSOP is poker’s biggest event (in terms of prestige) and making it to the November Nine is the equivalent of taking a place on poker’s biggest stage.

In terms of history, the November Nine is a relatively new phenomenon, beginning less than a decade ago in 2008. Prior to that, the WSOP Main Event was played without any delays from the first day to the final day of the tournament. However, those in the poker world saw an opportunity to bring more attention to this event by delaying the final table action for several months every year, thereby allowing the speculation and excitement to build up to November. This has been a great way to build the poker fan base and increase the ratings for the televised coverage of the event. 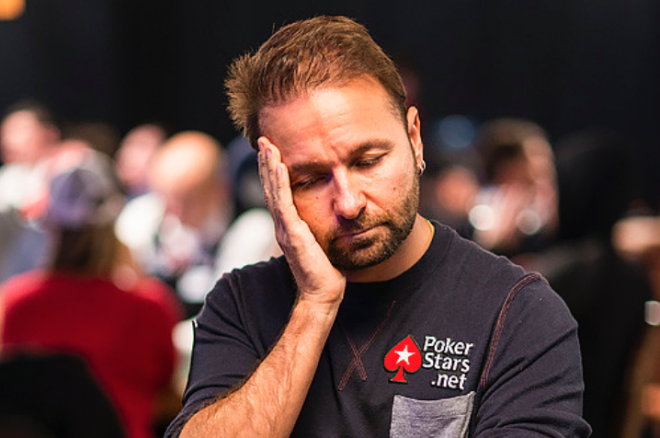 There has been a great deal of excitement already with the upset of fan favorite Daniel Negreanu going out in 11th place and the record setting number of chips that Joe McKeehen has going into the final table. Negreanu is arguably the most popular face in poker today with a huge fan base and a lot of media support. Everyone was expecting 2015 to be his year for making the November Nine and possibly even becoming World Champion, a title that has eluded him throughout his amazingly successful poker career. A lot of fans were disappointed when he just missed the final table bubble, but the players who remain in the final nine are still a dynamic group, some of which are setting new WSOP records. Joe McKeehen has officially set a record for having the greatest number of chips going into the November Nine with over 63 million chips, which is more than double the number of any other individual player still remaining. 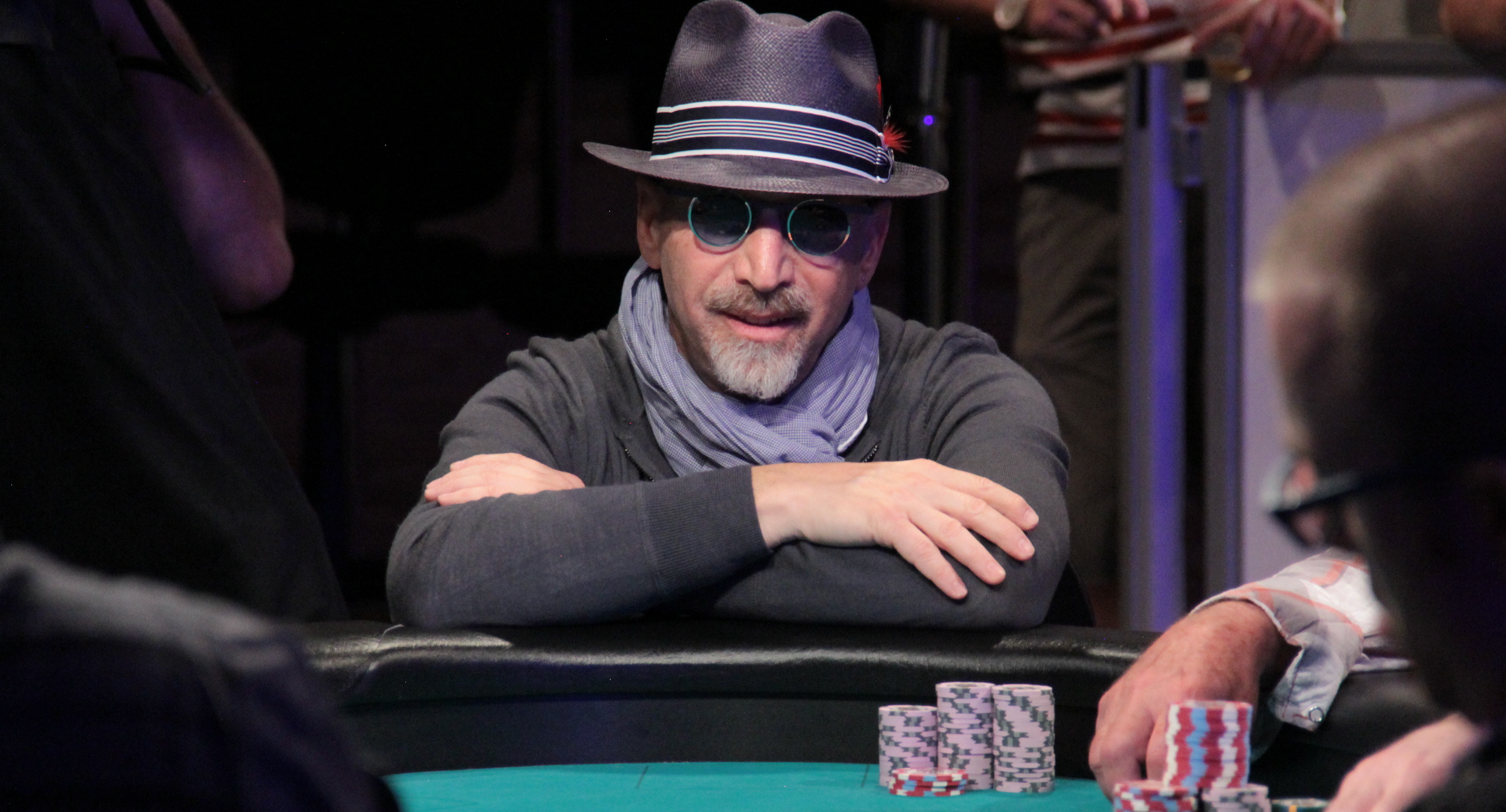 Another record has been set by Neil Blumenfield and Pierre Neuville who are the oldest players to ever make it to the November Nine. At the age of 61, Blumenfield, who plans to relax in France before the final table, would have set the record previously held by Steve Gee who was fifty-seven years old when he reached the final table in 2012. However, Neuville, at the age of 72 has the all-time record at this point, which will be hard to beat in future years, unless Neuville beats his own record next year.

Neuville, who has made a name for himself as a seasoned pro who still performs in a sea of young guns, is a Belgian player who is known for his regular appearances at European Poker Tour events. He attributes his ability to compete against the younger players to the mental aspects of poker, saying, “It gives me a younger mind than many people my age.” In an interview in 2013 Neuville explained how he was working with a coach to help him improve his mental and physical health. He was quoted as saying, “I am convinced I have not taken full advantage of my potential.” He thereby set on a path to work out three to five times per week as well as treat his poker game as a new study, which included reworking his technique, analyzing his notes, and adapting to the ever evolving strategies of the game. Clearly his efforts have paid off now that he finds himself in the November Nine with 21,075,000 chips.

Other seasoned players who have made the finale table this year, such as New Jersey poker pro Josh Beckley and WSOP bracelet winner Max Steinberg will surely add excitement to the November Nine with what is sure to be some excellent poker playing. 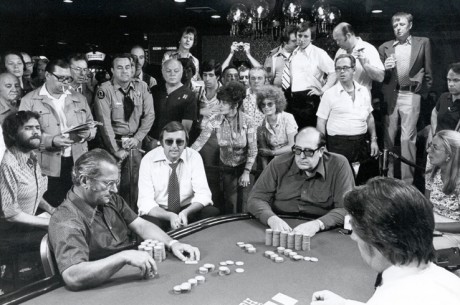 Compared to its modest origins back in 1970 when it featured just seven players at the beginning of the event, the WSOP has made strides beyond the comprehension of the players from that time. While the event may have grown through the decades on its own, the dramatic growth of its popularity and the number of players in the more recent history is owed to the introduction and expansion of online poker.

Amateur poker players who never thought they would have a shot at playing in such a big event watched Chris Moneymaker change all these perceptions. Moneymaker qualified for the WSOP Main Event in 2003 by playing an online qualifier tournament. He made a name for himself and for online poker when he went on to win the tournament, taking the first prize of $2.5 million. After this big win by a relative nobody in the world of poker, millions of people signed up at online poker sites to hone their games and hope to make a similar impact. The online poker sites exploded with traffic and the WSOP benefitted from this attention.

As the WSOP gained momentum it evolved and has taken on new characteristics through the years, with exciting and engaging storylines that change from year to year. In addition, the continued interest and drama that surrounds the Series may be due in part to how the WSOP has evolved and grown since 2005. The introduction of the November Nine in 2008 for the Main Event as discussed earlier was one of the biggest changes in recent history to make the WSOP more interesting and dramatic, but there are a number of other changes that have occurred as well.

The number of bracelet events has increased from 42 in 2005 to a whopping 68 in 2015. The number of No-Limit Hold’em events (the most popular poker variant in the world today) has gone from 19 to 36, now making up 53% of the total events.

It seems that the WSOP has evolved with the times and now caters to players with all sizes of bankrolls. The largest buy-in ten years ago was $10,000, but this year was $111,111. The number of events with a buy-in $10,000 or greater in 2005 was only two, but there were 17 events this year that commanded at least ten grand to enter.

In 2005 the WSOP officially moved to the Rio All-Suite Hotel & Casino, taking with it some of the old charm of the original Series that was born at Binion’s, but allowing for the tremendous growth that we’ve seen over the last decade. Now utilizing several massive rooms in the Rio convention center, the ESPN feature table (nicknamed “The Thunderdome” and “The Mother Ship”) is where every player dreams of ending up. In just a few short months, the whole world will be watching as the 2015 November Nine face each other there for the final showdown, which will take place November 8-10.